Good Contents Are Everywhere, But Here, We Deliver The Best of The Best.Please Hold on!

We created CoMoUK's first ever public-facing campaign promoting shared transport, which was rolled out across various media in Glasgow, including: bus backs, bus shelters and underground advertising, as well as social media. The concept of the campaign was to raise awareness of shared transport options such as bike share, car clubs and car share, and show how these ways of travel can benefit the user, the city and the environment, with the hope that more people will start using these schemes. Our initial concepts were presented to a series of focus groups, which helped to inform our next stage of development, before the campaign was finally launched. 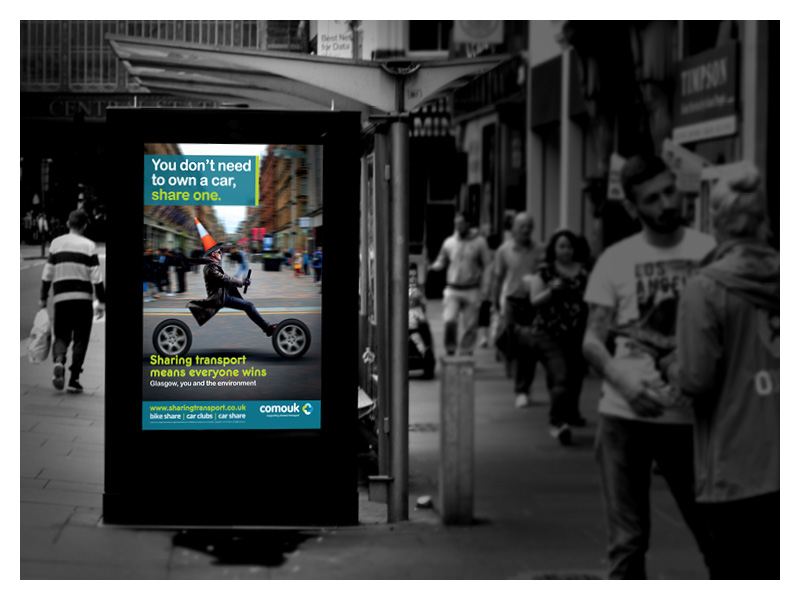 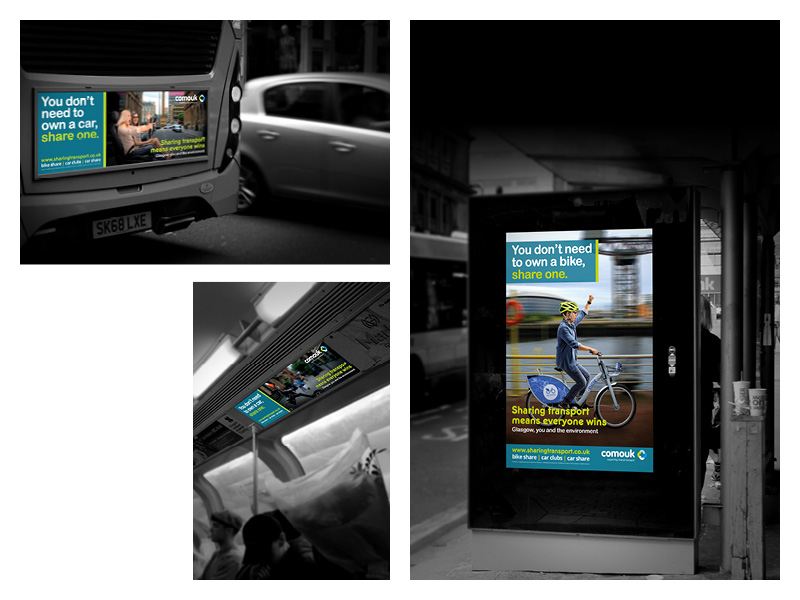 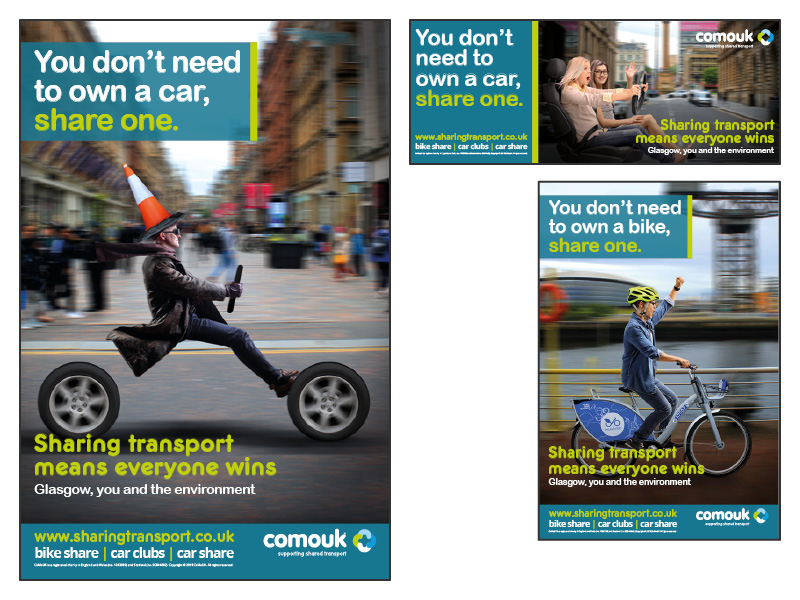