I’ve been a gamer since I was 7 and I’ve noticed a pattern echoing through some of my favourite games. I realised that what I’m indulging in is actually very carefully considered user design, and that with every action I take on screen I am effectively being marketed to. So it got me thinking — what am I seeing from my sofa at the weekend that I can borrow for the work that I deliver during the week? What’s the key to creating a lasting strategy? Is there a magic formula? Let’s have a look…

Super Mario Odyssey — Nintendo 2017
The latest instalment from the hugely popular Super Mario Bros. franchise is no less of a masterpiece than its predecessors. Nintendo seem to have a knack for making games that surprise and delight, whilst adhering to exactly the same formula as before. Bowser kidnaps Peach… again, so Mario goes after her… again. There’s some kind of ship that transports Mario from one whimsical land to another where he has to battle Bowser’s minions… again.
EXCEPT… this time Mario has a magic hat. And it’s amazing. The hat is not a sartorial statement, but a new companion for Mario that allows him to more or less take the form of any creature or inanimate object that the hat lands on. Mario can now swim as a fish, fly as a Bullet Bill or frown like a stack of grumpy Goombas.
This new feature, despite being simple feels so ground-breaking that you almost forget that you’re running after an unscrupulous spiky turtle.

What should we take from this?
Keep what works and optimise your approach until it’s perfect. The only way to refine your strategy is to implement, test, tweak and repeat. Making one change at a time will provide a clear indicator of what’s working and what isn’t.

The Legend of Zelda: Breath of the Wild — Nintendo 2017
After almost 6 years, the new instalment of The Legend of Zelda was eagerly awaited and didn’t disappoint.
Though the legend is the same every time, each Zelda universe is different. One delightful feature that faithful fans and players enjoy are the nods and nuances that hark back to previous games, right back to the 8-bit original on the NES. In some cases it’s visual Easter eggs, a frequently used line or an in-joke (as has always been the case of Zelda games), but with BotW what strikes the biggest emotional chord is the sound design. Familiar chords hidden in new melodies, echoes of previous game scores woven into montages and the little gasps, wheezes and accents from the earlier games that make you feel so clever because you actually noticed them.
Adding these beautiful touches makes you want to return to the game time and again, and look to the future for what Nintendo will think up next.

What should we take from this?
Reward the loyal to retain their loyalty. Loyalty is earned, not bought and creating an experience that rewards your brand advocates can cement your reputation in a world where brand loyalty is rare.

The Elder Scrolls V: Skyrim DLC — Bethesda Works 2011
Skyrim is the fifth main instalment of the ever-popular Bethesda Works Elder Scrolls series, and retains its bloody and sometime brutal approach to storytelling. Through DLC (downloadable content) Bethesda released the Hearthfire, Dragonborn and Dawnguard expansion packs.
Dragonborn was the main game expansion, Hearthfire allowed gamers to build their own in-game houses to specification and Dawnguard added a new storyline and extended the already vast Skyrim map. Rather than having these expansions as standalone add-ons, all three were woven directly into the main story and impacted the player’s questline. Adding more than 100 additional hours of gameplay, Bethesda not only rejuvenated the game for existing players, they provided a buy-in for new players as well.

What should we take from this?
Provide something for everyone, but not at the expense of your main objective

Bethesda Works… except when it doesn’t
Here’s our take on an example of where they didn’t quite hit the mark.
Fallout 4 — Bethesda Works 2015 Giving the protagonist a voice added a new slant on an otherwise near-perfect gameplay approach. By removing the tried and tested dialogue mechanic that preceded it, Fallout 4 divided opinion heavily and lost the franchise and the Bethesda Works studio a lot of fans.

What should we take from this?
If it ain’t broke, don’t try to fix it. Making change for change’s sake can be detrimental to your strategy. Instead of jumping in, be sure to test, test, test! There are few things worse than alienating an otherwise faithful audience through poor planning.

Over at Shaw HQ, we love a bit a strategic thinking — it’s what gets us up in the morning. In a world where things move at breakneck speed, it’s hard to find the time to stop and really think — but that part of any approach is vital and it’s one of the areas we pride ourselves on. 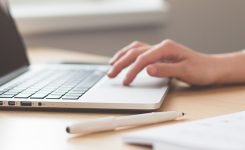 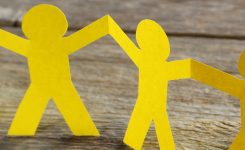 Being a part of your team 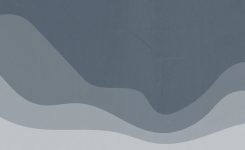 Get to know your customers better using data 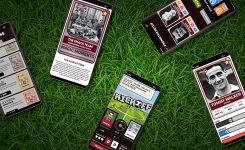 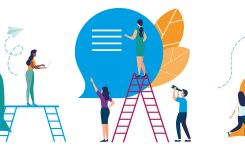 Communicating your new way of working 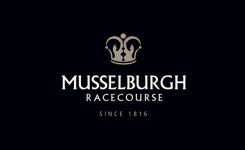 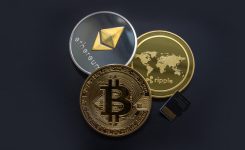 Cryptocurrencies: The Marketing Tool of Tomor... 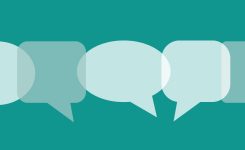 How to communicate through infographics